Up until Libby and Brent’s engagement session we had been having one of the mildest winters on record. No snow. No freezing temperatures. If it weren’t Oklahoma, where we knew the weather could change on a dime, then I think a lot of us would have already busted out the flip flops. But like I said, Oklahoma weather is crazy and so while the whole month of January that I took off from sessions was sun-shiny and warm, February rolled in with a vengeance. On the day of their session I actually sent Libby a text saying, “Just making sure we’re still on for today. With the wind chill it currently feels like 28 degrees.” She said that she and Brent were prepared and we were still on.

Can I just tell you how cold it was? I think being cold is one thing but when it’s as windy as it was that day it can get kind of miserable. Madi and I were able to wear a lot of layers but Libby and Brent had to just tough it out. So we moved quickly and tried to stay out of the wind as much as we could. And I made a point to take a mental note of how cold it was because I’m sure we’ll all be feeling differently when their August wedding rolls around. Maybe we’ll luck out and it won’t be 105 in August this year! 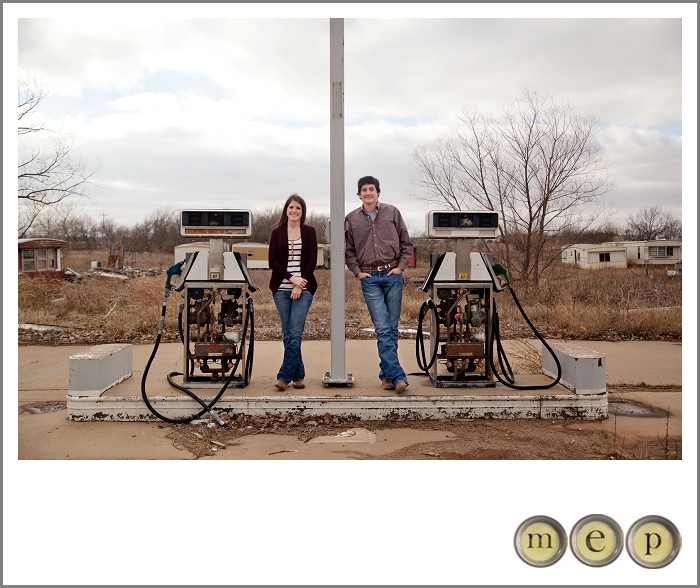 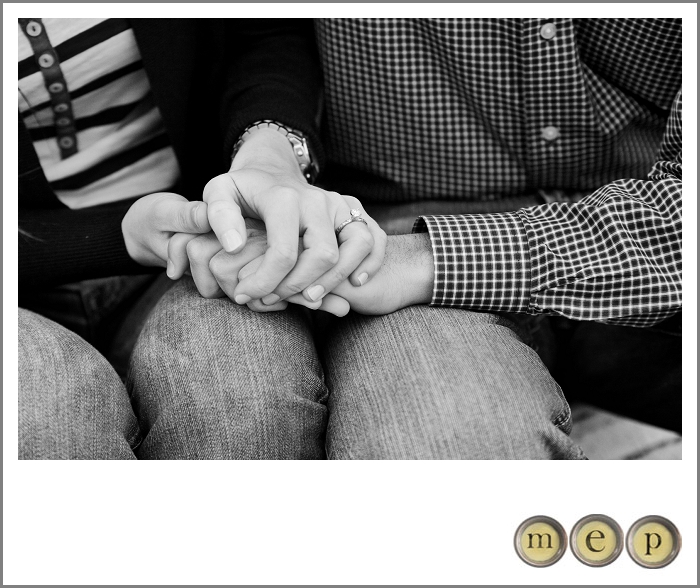 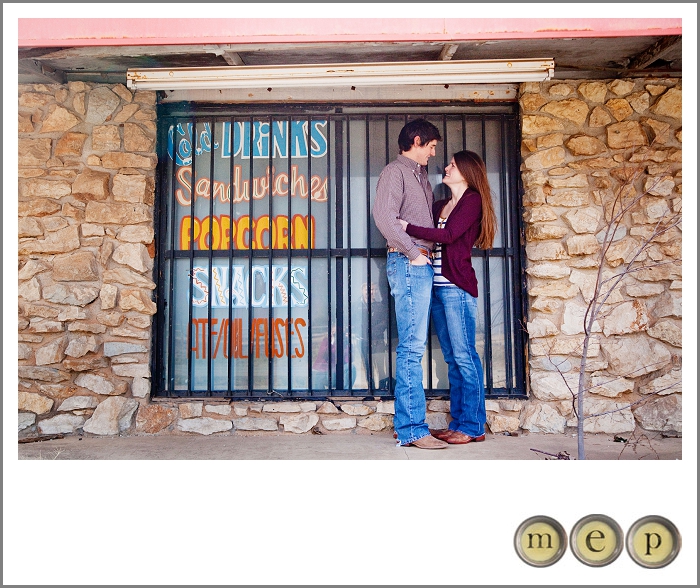 This is little miss Kiki and even she was cold out in that wind!

Why yes, that IS a baker and a hunter. When Libby told me that she prefers watching baking shows and Brent would rather watch hunting shows I immediately thought of the old picture of the farmer and his wife. And they were willing to play along with me. Why? Because they rock, that’s why!

Libby and Brent love to travel together so we headed over to the airport for the second part of their session.

Libby’s boots were awesome, but I really loved Brent’s.

You two are seriously adorable. I can’t wait until August!