One of my goals for 2014 is to read more.  I have always loved reading but in recent years I haven’t done much of it.  Mostly because it can consume me.  Like…seriously consume me.  When I pick up a book and start reading I am transported into that place and time seems to stand still.  Unfortunately, while I like to think that the clock has stopped ticking, it hasn’t and I’m generally brought back to real life with a question like, “What’s for dinner” or “Why don’t I have any clean underwear?”  In all honesty, I don’t think that loving to read as much as I do is necessarily a problem.  It can however, turn into one if I allow myself to get too sucked in to book after book after book.

Another reason that I haven’t read much lately is because I feel like I need to expand my genres and that’s been an issue for me.  I’ll just be straight forward…I can’t get into non-fiction.  I’ll be reading right along and all of the sudden I am thinking about my grocery list or things I should be working on.  I can’t ever get consumed in non-fiction the way I do in a good fiction book.  The thing is, I really WANT to.  It’s just hard.  And I tend to just ignore things completely that are hard.

So, in an effort to be able to fall into a book the way I love but also learn to love non-fiction, I’ve devised a plan.  I will alternate fiction with non-fiction.  And I promise not to cheat!

It’s the end of January…I’ve already cheated.  Oops.  I did read some non-fiction though, so it’s not all bad.

Right around the time that I decided that I would set a goal to read more this year, I found this list of 16 books to read before they are made into movies. There were several on the list that I already had on my list to read so I decided to take on the challenge. (Uh oh, now I found this list and it’s even bigger! And LOOK! I had no idea that Alexander and the Terrible, Horrible, No Good, Very Bad Day was going to be made into a movie! WHAT?!)

First up in January was Divergent by Veronica Roth. 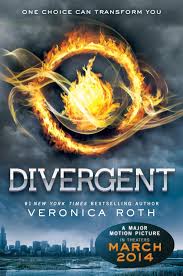 I read the Twilight series years ago long before it was the talk of every teen girl around. Same with the Hunger Games. So, I figured this would be something I would enjoy. Um…yes. I realize that this book is filed away in the Teen section at the book store. Apparently, although I’m officially an adult, I really love books aimed towards teens. Whatever. I loved this book y’all. In fact, knowing that there was another book after the first one really helped to keep me motivated to get through my non-fiction book next. Bonus points.

Divergent is a dystopia, which apparently I like. A dystopia is a story set in the future, where there is an oppressive government and repressed society. It’s very fast paced and suspenseful which makes it easy to read. I would finish one chapter thinking that I’d put the book down after that and then of course wouldn’t be able to.

The next book I read was Soul Detox by Craig Groeschel. 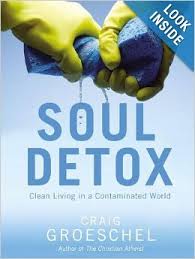 I think even if I hadn’t had the Insurgent book in line next, I would have still been able to get through this one fairly easily. The subtitle is “Clean Living in a Contaminated World” and the book focuses on the toxins of this world that can harm our faith and witness to others. I really enjoyed the way that Groeschel shared experiences and stories to help me visualize a lot of the ideas in the book. The book as a whole really had me looking within myself at things that are polluting my own life. I’d definitely recommend it to others.

You know what book number 3 was…and I’ll go ahead and tell you that this is where I cheated and read two fictions in a row. I couldn’t help it! 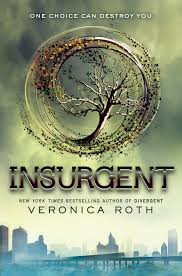 I flew through Insurgent and decided to just go ahead and finish the series up with Allegiant. I finished it this morning and WHOA. Seriously didn’t end the way that I thought it would. I won’t ruin it for anyone who hasn’t already read it but, whoa. Just…whoa.

So now I do hereby solemnly swear that I will read a non-fiction book next. I’ll report back here at the end of the month and hopefully I will have read some more great books!