Ok, she was one in January.  On the 12th to be exact.  I had big plans to take updated one year pictures of her on the orange chair.  You know what they say about the best laid plans, right?

So today it’s snowing and the kids are in school and I am wishing they were home.  I let Pin out to chase some squirrels because that’s what she does.  The snow coming down was so pretty and the sight of a tiny dog wearing a parka just makes me crack up so of course I took some pictures.  I decided now was as good a time as any to share how big she has gotten over the last year.  Ok, so she’s still probably not a dog that anyone would call “big”.  Compared to her size when we brought her home though?  Huge!

Pinelleohpee* was Teagan’s 12th birthday present.  Teagan, our little lover of all animals.  She’d begged forever to have a pet that liked her because Liza (our 12 year old Chihuahua Poodle mix) didn’t care for her.  I wish I was kidding.  Of all the people in our house, Teagan probably showed the most love to Liza and it was not at all reciprocated.  So I somehow convinced Brad that we should get Teagan a puppy for her birthday.  To this day, he regrets that decision.  Pin would still rather do her business in the house, she barks at anything that might be threatening and she is still very puppy like and loves to chase plastic water bottles around which make a noise that Brad just can’t deal with.  He would totally get rid of her if he could get away with it.  Poor guy.  We owe him big time for this one.

Here she is the week before Teagan’s birthday last March.  Her birthday is always at the end of spring break so we decided getting her at the beginning of the week would work great so she could be potty trained by the time Teagan went back to school.  (Still working on that…a year later.)

As you can see, Teagan was pretty surprised! 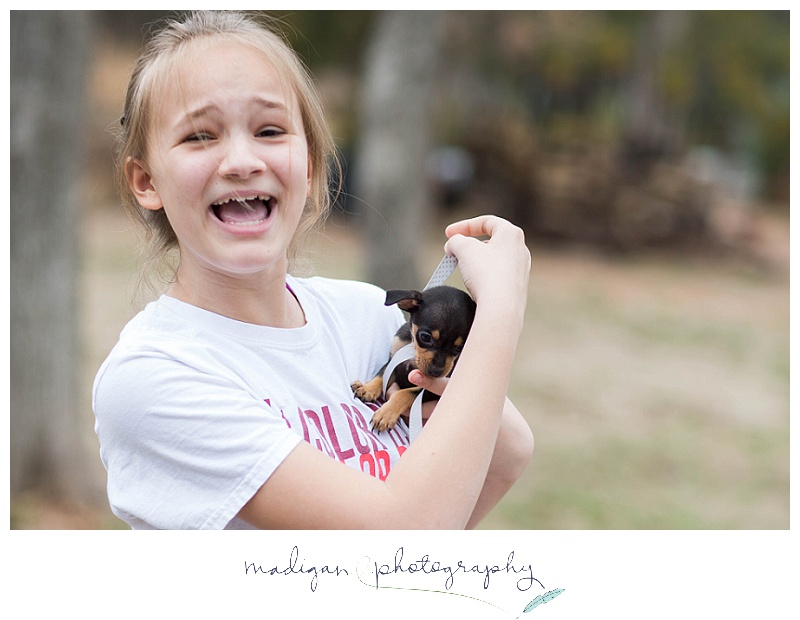 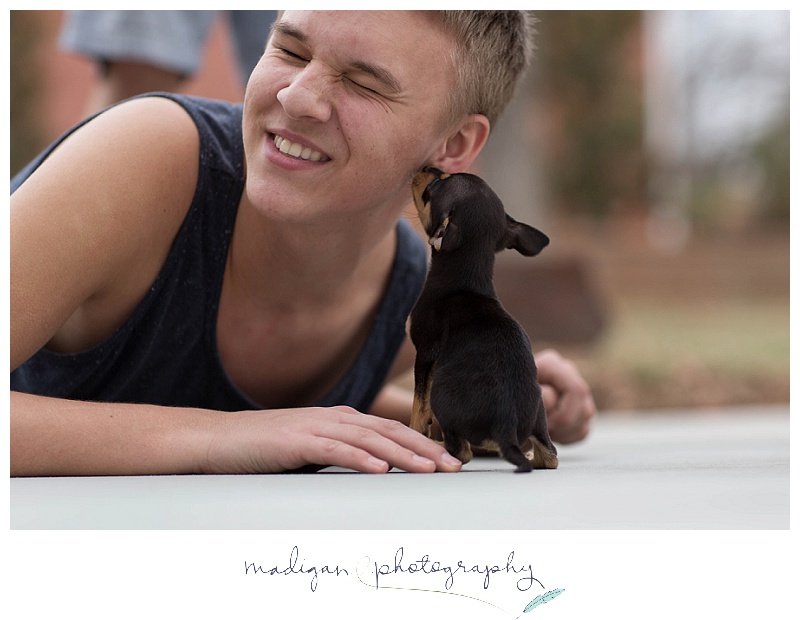 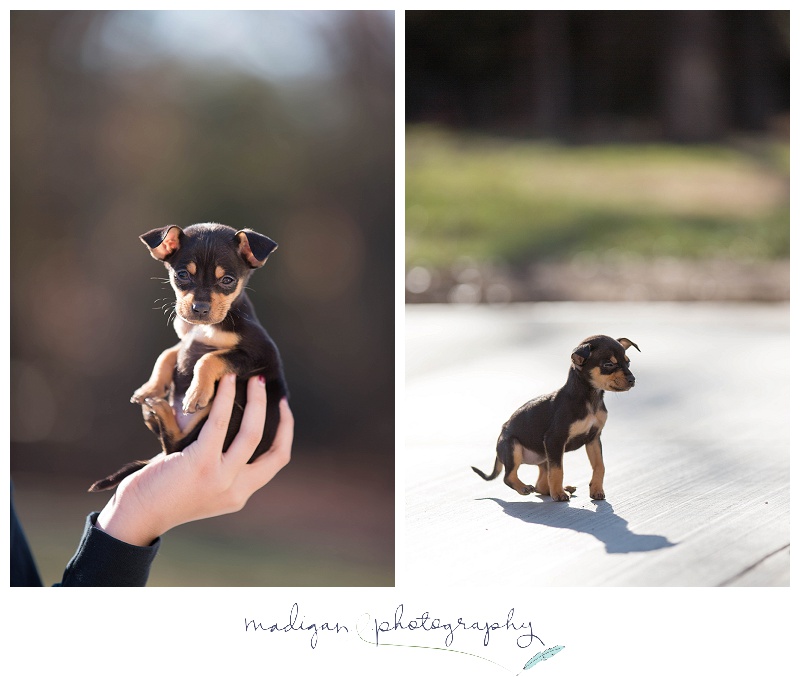 This was Pin in November.  I had my studio set up for a newborn session and when we were done, and I didn’t take everything down, she decided it was the perfect spot for her!  (Yes, she’s wearing a cable knit sweater.  We are those people)

This was in January and you can see how much bigger she is in Teagan’s hands.  I don’t think she’ll be getting any bigger than she is now.  Still little bitty but so much bigger than she was!  You can also see her white markings on her chest that form a T.  See, she was MEANT for Teagan!

And this was this morning.  She’s not any better at sitting still in a chair.  Especially if it is covered in snow.  And her little hood won’t go on her head because she has a giraffe neck.  But she loves the snow.  I think it makes it easier for her to see her squirrel friends that she is so determined to catch!

*No one likes the say that I spell her name.  Teagan spells it the same way but leaves out the “h”.  I am fully aware that the proper spelling is Pinelope.  However, she’s a dog and I giggle when I see the phonetic spelling of pin.elle.oh.pee.  Hee hee