I’ve never entered one of these things. Ever. And I signed up for this photographer’s community website a while back and have been there like three times. Maybe. I just get so swamped that I forget about it. But it really looks like it’s a great site and when I grow up and have all sorts of time because I’m a better time manager this is definitely a place where I will hang out.

So each week they have a contest with a different theme. This weeks theme is Photojournalism. The IHF team says, “Our definition of Photojournalism for the sake of this challenge: Using an image (or images) to tell a story.”

I follow IHF on Twitter so I kept seeing tweets about this and in the back of my mind I kept thinking of this image. I just love it. This was taken at the Ambrose wedding I shot back in May. They did the anniversary dance where all married couples stayed on the floor until the number of years they were married was announced. At the end of the dance the couple remaining was the brides sweet grandparents. I was caught up taking pictures of the two of them dancing when I looked over and saw the bride with her two sisters looking on with such love and affection and happiness. Obviously proud to be a part of a family with such a strong sense of family and marriage. It was such an awesome moment! 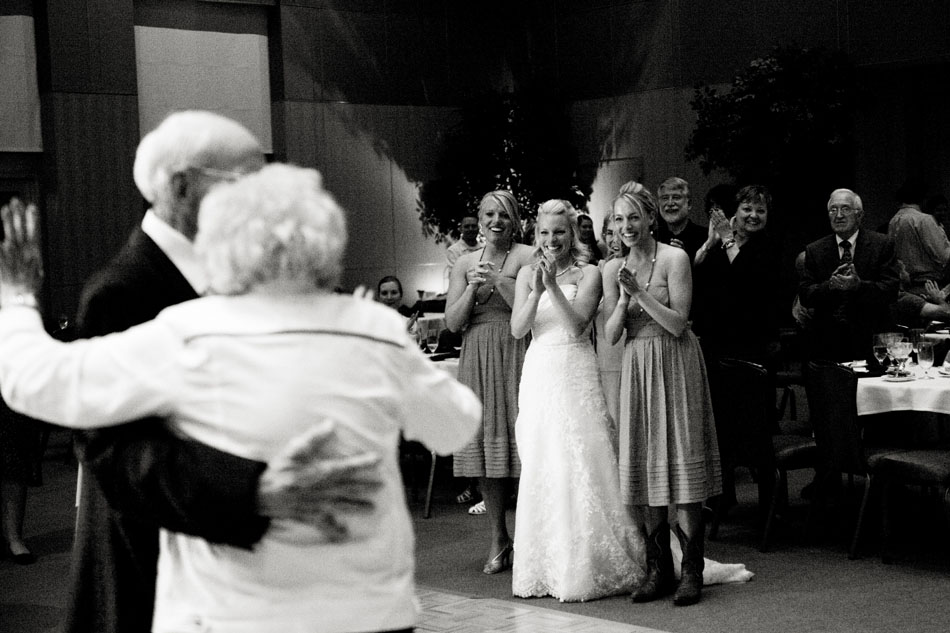