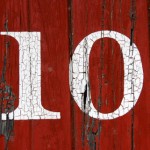 Ok folks. Buckle up. This is THE inaugural “Ten on Tuesday” blog post. That’s right people. That means that if you read this, then somewhere down the road when everyone who is anyone is talking about Ten on Tuesday you can say “I was there from the beginning!” How cool is that?!

Alright, I know there are only a few of you who read my blogs so the above scenario isn’t likely to happen but I do hope that you’ll enjoy this new series. Every Tuesday from now until I decide I’ve had enough I will be blogging about 10 things. It might be my 10 favorite books of all time or maybe 10 things I did over the weekend or 10 items I have in my purse. It’s my way of letting you guys into my life a bit more and see who I am outside of a photographer. As an extra bonus, some of these Ten on Tuesday’s will be video’s. Yep! You’ll get to hear my voice and see how animated I can be in person.

So without further ado, here is the very first installment of Ten on Tuesday with Ten Things You Might Not Know About Me. Enjoy! 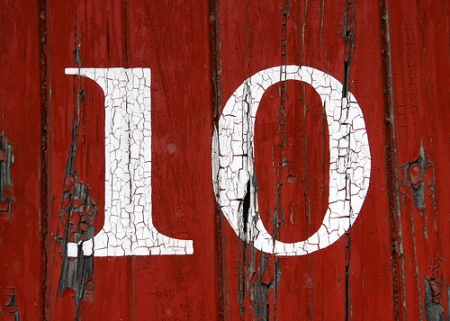 1. I can speak Japanese.  Well, not fluently or even just a little bit fluently but I know some words.  My Mom had an AFS student live with her family for a year when she was in high school. My “Aunt Yuko” was from Japan so when the opportunity was there to take Japanese as a foreign language in middle school my Mom said I should. And since my Mom said I should I did. I took it in middle school, high school and college. Unfortunately, it’s one of those languages that if you don’t use it you lose it and so it’s pretty much lost.

2. I have really weird vivid dream. For instance, last night I dreamed that I needed to find a baby sitter for my adult brother and sister before I went on a road trip. I made arrangements for Jasmine Star to watch them and she arrived just as I was making zucchini bread and no-bake cookies to take on the trip. I took her to the upstairs of my house to show her the room where she’d be staying and as I reached the top of the stairs the second level ended up being a neighborhood of duplexes. Which of course didn’t seem odd at all. As we looked for her room, er duplex, I told her about how I followed this girl Bianca on Twitter and one time I saw her picture and told her that she looked JUST like a photographer I followed named Jasmine. (Turns out they’re twins. Duh.) Then I left her in control of my siblings and left for my road trip. See…weird.

3. I’m scared of bridges. Once when I was in high school my family went on a vacation and we went over this huge bridge in Alabama. (I tried to find it to show you but I got to this link and started hyperventilating so I stopped my search.) My Mom thought it would be really neat to not tell us until we were on it so it would be a surprise. I just remember her saying, “Girls, look outside. This is the longest bridge in Alabama!” to which I glanced up and promptly sank in my seat with my eyes closed tight.

4. I was born with club and pigeon toed feet. From the time I was 6 months old to a year I wore casts on my feet to straighten them out. I still have the casts. They are teeny tiny and super cute.

5. I might be a hoarder. I have only caught a few of the actual shows about hoarders and when I do I’m always kind of glad because then I feel like I’m not that bad. Maybe a better term would be “pack rat”. I just can’t seem to get rid of anything. Ever. That’s something I’m hoping to change this year though. A friend of mine recently told me that letting go sometimes means bigger and better and brighter and SIMPLER! I loved that! Also, I’m currently reading 7 by Jen Hatmaker which is making me want to completely get rid of it all.

6. Speaking of Jen Hatmaker…I have a wee little girl crush on her. Ok, that’s a lie. I love her. I really really do. I started following her on Twitter last year. I’ve never met her in real life but I call her my friend Jen. As in, “My friend Jen wrote this book and you NEED to read it.” I am completely aware that I sound like a stalker which is not really like me at all but whatev. I just love her honesty about how living for Christ is just down right HARD sometimes and I read about how she’s doing things to change and it’s still hard and I just love that. I mean, not that it’s hard for her. But that there is hope for me. I kinda wish God would tell her to move to Stillwater, Oklahoma. I know she’d do it. And then we could be REAL best friends.

7. I can wiggle my ears. Like, without putting my hands on them and moving them. We were in a car with our soon-to-be step-dad when I was younger and my Mom said, “Guess what Johnnie can do! He can wiggle his ears!” I said, “That’s easy. I can do that.” So I did.

8. I’ve been hit by a car. I was a chunky little girl who hated exercise. (Actually, that hasn’t changed much. The chunkiness or the hate of exercise.) I was riding my sisters bike home from my piano lesson and in an attempt to avoid going up a big hill that required effort I took a different route. I was going straight through a neighborhood intersection when some people on a porch yelled at me to watch out. They totally freaked me out, and then I noticed the car coming that would have hit me if I’d gone straight. This put me on my normal path and so I turned left to go up that stupid hill, still thinking about how lucky I was that I didn’t get hit by that car and then BOOM. Next thing I knew I was laying on the ground next to a tire. I’d been hit by a little old lady. Other than ruining my clothes in the freshly laid tar, demolishing my sisters bike and twisting my ankle when I fell I was fine.

9. The first concert I ever went to was Conway Twitty and the Twitty Birds. I was at Cheyenne Frontier Days with my Dad and Step-Mom. They wanted to go in and see him. I didn’t. My Dad bribed me by saying he’d buy me a light up visor. I pretty much HAD to have that visor. Totally awesome. So I agreed. We went in and found a seat, Daddy bought me a hat, Conway and his birds finished their song and just like that it was over. 1/2 a song and I got the visor. Sweet! 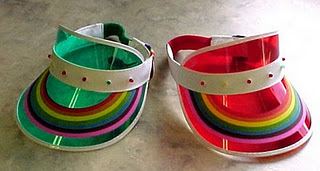 10. I have this quirk. My husband and family would probably explain it more as me just being a freak. Whatever. Anyway, here it is. When seated, I have to have someone or something on my left side. At all times. Always. I’ve been known to push my way to the front of our party when being seated at a restaurant to ensure getting my preferred seat. My biggest fear when flying is that we won’t get A boarding and I’ll be forced to sit on the right side of the plane. If there isn’t a wall or partition that I can have directly on my left, then I use my husband. If the kids end up in the big sanctuary with us on Sunday morning and try to sit between me and the hubs, I will crawl over a pew to get to where I need to be. This is normal. Right?