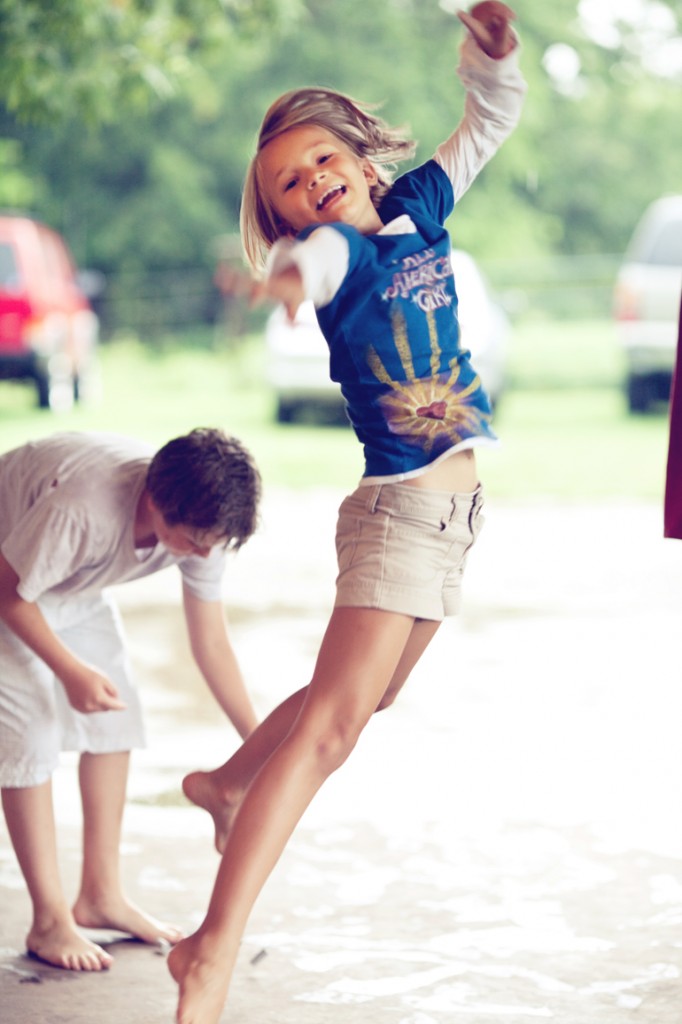 After shooting Kayla’s wedding in Enid on the 3rd we spent the night and then headed back to Stillwater on the morning of the 4th. Hopeful that the rain we had in Enid was much more than what Stillwater got, we arrived to find that the annual Boomer Blast had been postponed because it was too wet. Sad times. We were glad to be invited over to the Shields house for the festivities there and after a stop to the firework stand for the purchase of some sparkler’s and some huge over-priced package called “Goliath” we were on our way.

The rain continued as Brad and Waylon got busy at the grill and everyone started arriving. 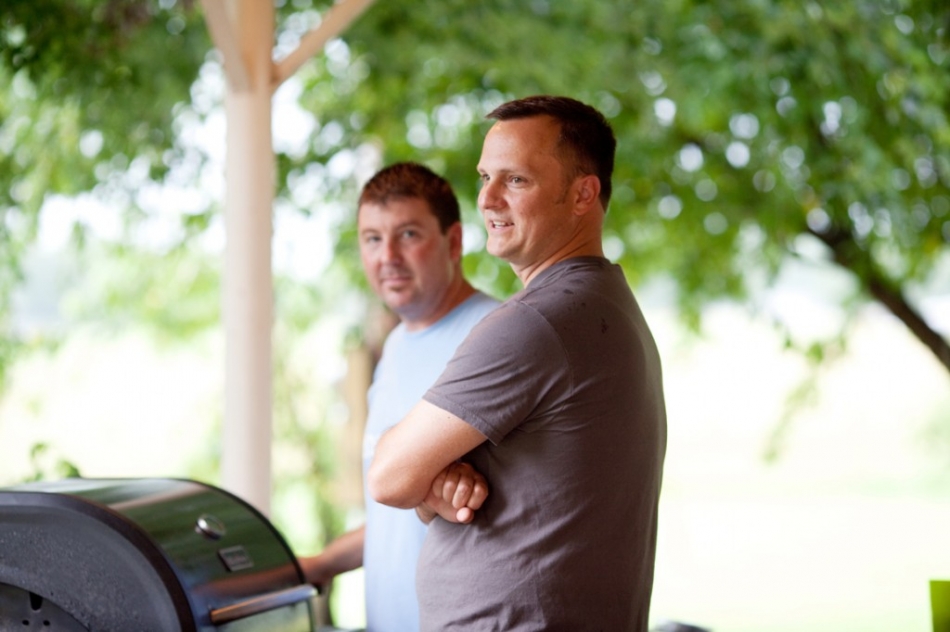 Before long it let up a bit and Eli and Luke set out to start some fires. I mean, fireworks. Then several others joined in the fun of blowing stuff up. 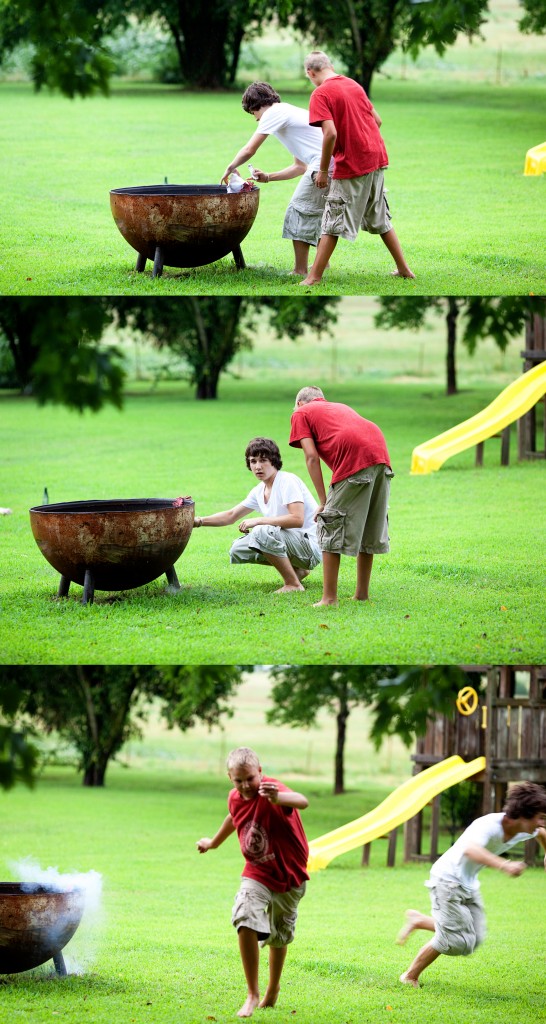 This is Austin. I’m pretty sure he just made a goal. He gets pretty excited.

Seriously. It was a super muddy wet mess.

There were puppies at the Shields house and Teagan LOVED them. I think that kid is going to be a vet when she gets older. She just loves animals so much! Sadly the puppies had a major case of fleas so they were confined in the barn. After watching Teagan’s sad eyes and listening to the whining about how much she wanted to see them Rachel gave Teagan’s favorite pup a bath and let her hold her. Major points for Rachel here.

And then, all of the sudden…it was dark! Bring on the fireworks! Bonus of being out of city limits is that you can shoot off all sorts of stuff. Good times. Good, loud times.

That dark spot in the middle of this one is the shadow of two people standing between me and the fireworks.

It still sprinkled off and on throughout the evening and when it did, we just took cover.

My favorite part of the night was having the kids play with sparklers and “writing” for me. I hadn’t tried this before but had seen it. It was SO much fun!

Then it was back inside for more visiting and some serious card games. Not gonna lie, these games can get intense. Really. Really. Intense.

Madi had fun hanging out with Hadley and Macy. When I went to see what they were up to Macy saw my camera and decided to strike a pose. Or two. Or…four.

So although it was wet and rainy and dreary on the 4th, we had an awesome time with some of our best friends. We’re so blessed to have such great friends!

« Going to the chapel First day of school »