One week in Haiti, the next still reeling from being in Haiti and now it’s spring break. I was on such a roll with my Tuesday posts until a few weeks ago. Being so late tonight I considered just putting it off yet another week but I just couldn’t do it. Guess it’s become enough of a habit that I can’t get through a Tuesday without feeling guilty if I don’t post my 10 on Tuesday. Now, if I could just accomplish that same feeling with working out.

Being that it’s spring break and so far it’s done nothing but rain around here I thought I might share 10 things that can be done inside if you are among the people who aren’t at the beach. Or the slopes. Or in Europe.

1. Make freezer meals. So this might not be that fun for the kids. Although, if you get them involved and talk in a high pitched excited voice saying things like, “Guess what WE get to do today!” then maybe you can trick them. It’s worth a shot. I saw this wonderful site via a friend of a friend of a friend (and so on) on Pinterest the other day. I got stuff today to make the teriyaki chicken but that was it. Cause honestly, I’m gonna need to clean out the freezer before I can shove more than 1 pre-packaged dinner in there.

2. Also on Pinterest are these super cute wrap bracelet’s that I keep seeing everywhere. Last night, using some materials that I just had laying around I tried one. The materials that I used meant that the bracelet itself was a petite design which means…lots of time. I worked on it all night long. It was fun though and I like how it turned out. After a trip to Hobby Lobby today (lots of beads and findings are 50% off this week!) we have all sorts of supplies to hang around the house tomorrow and get our bracelet on. Yay! 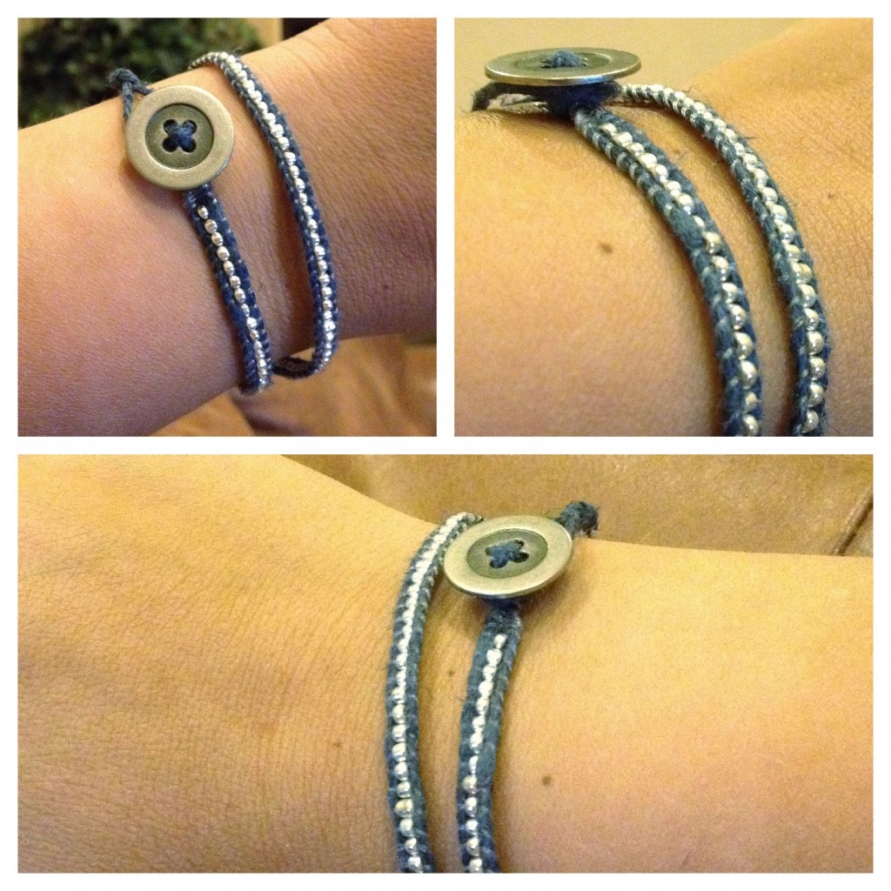 3. This morning Teagan got a call from her friend Lilli inviting her to the Omniplex in OKC. Which is apparently now actually the Science Museum Oklahoma. I guess Lilli was begging to go and luckily she doesn’t have a Mom like me who would have just said, “Seriously? We can’t just pick up and go to OKC for the day. We gots to plan for something like that!” Teagan had a blast and is just a few trips away from getting her real Segway license.

4. Teagan has a pretty busy social calendar. She’ll be spending the night with another friend on Thursday and visiting the OKC Zoo on Friday. I’m just a wee bit jealous. I always love seeing the animals but somehow end up on zoo trips in June and July when we might as well be in Africa watching the animals in their natural habitat. The rain is supposed to be gone by Friday so I bet it’s going to be an awesome trip!

5. It’s been awhile but my family really loves doing puzzles together. They are sort of like books. When I start one I have trouble focusing on anything else until I can finish it. I grew up doing puzzles with my family. It seems like there was always a card table set up behind the double Lazy Boy recliner in our family room that had a puzzle in the works. We’d sort of go in spurts where we’d work on it a bunch and get burnt out and then come back to it a few days later. Also, we always stole pieces so that we could put in that coveted “last” piece. It would get down to like 3 or 4 pieces that were missing and then it was a game to see who would be able to hold out the longest. Good times. I just might have to bust out the card table tomorrow.

6. Bored? Make a drum. That’s what Eli is doing. He always seems to have some project going on and yesterday morning I knew something was up when he came in from the garage with a 5 gallon bucket and asked if he could have it. Sure enough, he’s up to something. He gets a lot of ideas and inspiration from the Instructables website. A little over a year ago he entered a contest there and ended up winning a year long pro-account. For the record, I’m fairly certain that if his sisters don’t come through he will be able to take pretty good care of Brad and me when we’re old and gray. Right now, this is what things are looking like. We’ll see what happens. 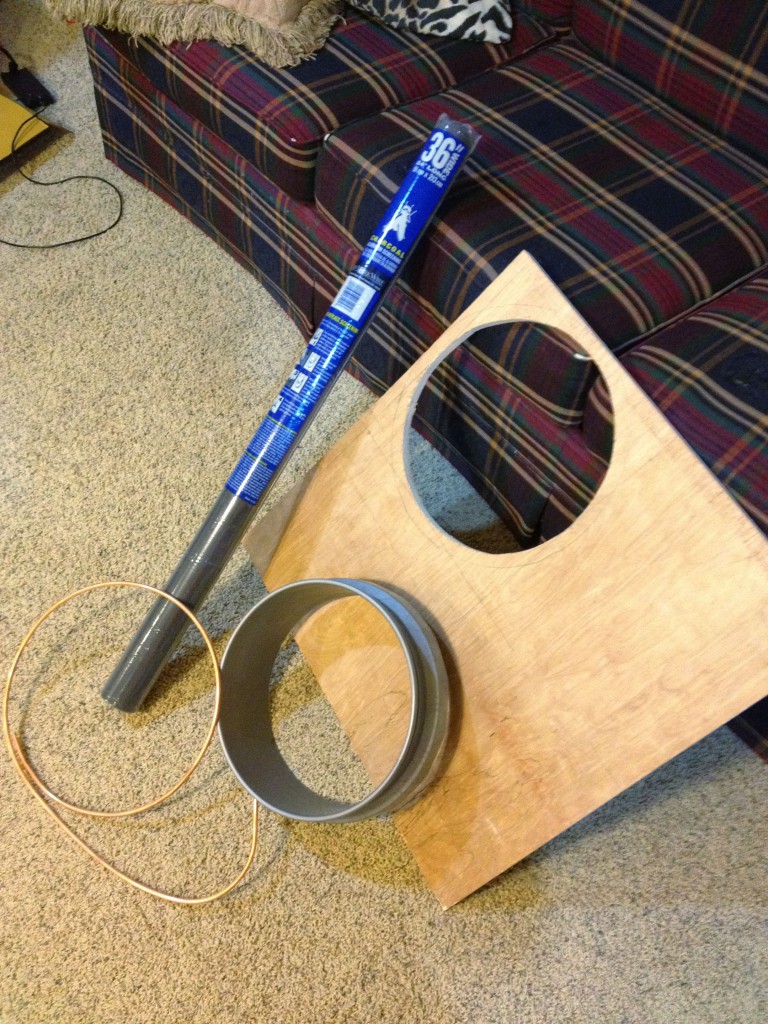 7. Rent movies. Tomorrow happens to be my little sweet Tea’s 10th birthday. I’m not sure how she’ll be 10 already. Let’s not talk about that. She’s decided that she would like to hang out at home, make bracelets and watch movies. So earlier this evening Madi took her to Hastings with Brad’s credit card to get some movies for tomorrow. Hmmmm. That reminds me. I have no idea what they got. Maybe I should look into that.

8. Spring is coming which means everyone needs pretty feet and toes! I used to splurge on mani/pedi’s at the salon but gave that up in an effort to save money. Sadly, I’ve not been as successful in other areas saving money. At any rate, I do my own nails and I think a pedicure for all of us girls is probably in order this week. I’ve been frustrated with painting my nails recently because it always seems to chip so quickly no matter what I do. I recently ran across a new company and am seriously considering signing up to be a consultant. Have you seen all the new stick-on nail polish out there? This company sells that type of thing and has a huge variety of colors and designs. I think it would be super fun for Sadie’s birthday party in June too! Plus, if I made a little extra cash I could squirrel it away for future Haiti trips. I think that is an awesome idea if I do say so myself. And you know what? I DO say so myself!

9. Wash the dog. Our Liza Jayne has been quite the stinky pooch lately. I don’t know how something so small can smell so awful. Maybe it’s a combo of not being washed recently and also not having a hair cut in way too long. Who knows. Whatever it is, she stinks. So Brad googled something and wound up with this recipe. So we tried it tonight. And by “we”, I mean I ended up giving Liza a bath. Also, I’m allergic to dogs. She doesn’t really bother me that much but I also don’t get all up close and personal with her. So for a good hour after giving her a serious scrubbing tonight I was sneezing and had the allergy-itchy-nose like crazy. BUT…she smells good! We’ll see how long it lasts. She still needs a hair cut cause she’s crazy bushy which sort of adds to her ugliness. She’s a pretty good little dog though. Even if she is super ugly. 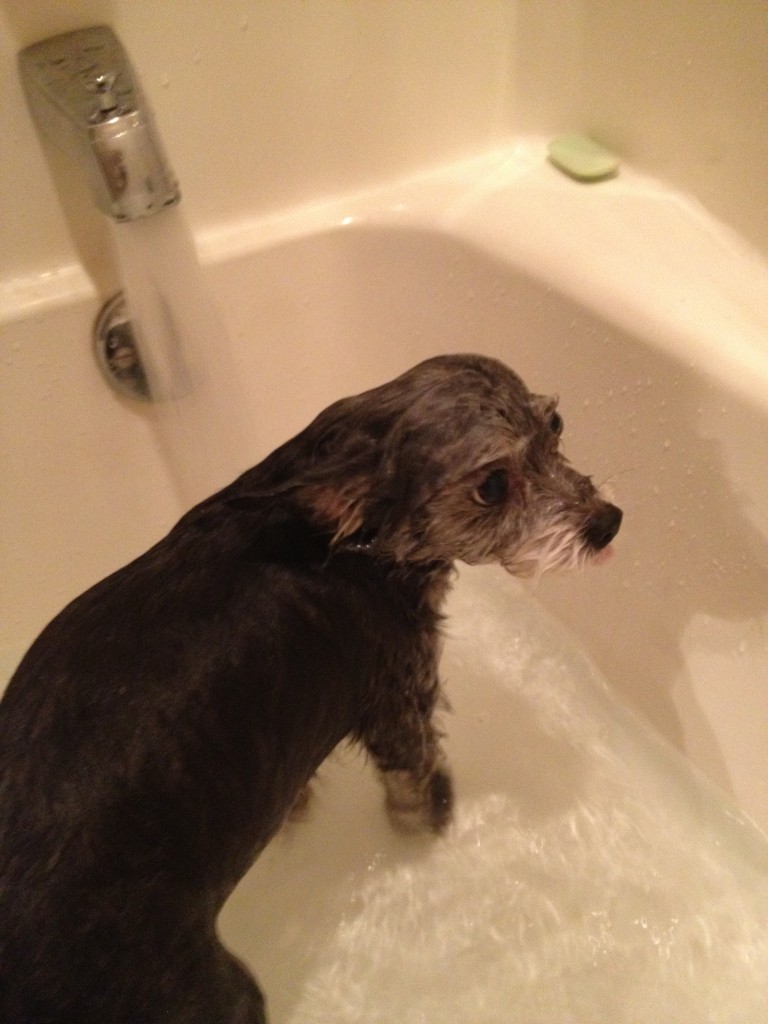 10. Read a good book. Um, have you read the Hunger Games yet? I have. I started the first one and 2 1/2 days later I finished the trilogy. My house was a disaster, no one had clean clothes and the kids said they were “starving” but I didn’t really care. Just kidding. I cared. A little bit. But seriously, these are can’t-put-them-down books. PLUS, the first movie comes out this week. Hurry. Go get the first book and start reading. I promise you won’t be disappointed!

All photos in this post are taken with my iPhone. Don’t judge. I’m definitely not an iPhoneographer.