This Old House : Time To Paint The House

Here’s the thing, I’m the WORST at making decisions. Like, the worst. Seriously.

I remember when we were choosing names for kids. Saying that we were going to definitely use one name could send me into panic mode. Because, of course, what about all the OTHER names we hadn’t yet heard. Maybe we were missing something even better!

See, I have issues.

So, as you may or may not know we bought this new/old house back in August. We have since started several projects to update the home a bit, including a detached garage so that we can turn the current garage into more space we need. It’s time to paint the garage and I have talked my husband into painting the house as well. Actually, since we have already walled in what used to be the existing garage door it needs to be painted anyway. Plus, the garage is a bit of a different style than the current home and I think painting it all the same color will help tie them in together. Right? Just go with me.

There is a house near us that I smile at every time I see it. It just makes me happy. It’s green. Green makes me happy. I mentioned to Brad a few months ago that I really liked it and to my surprise, he said he did too. We decided at that point that we would paint the new garage green, just like that house. 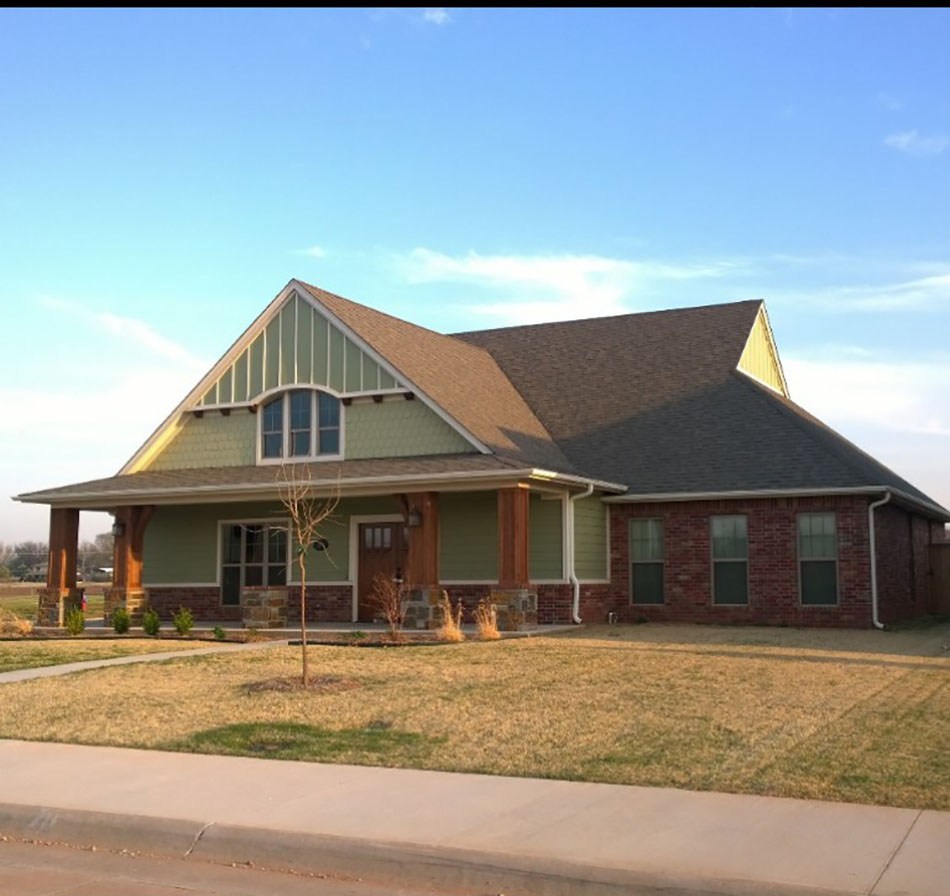 Well, now that it’s time to actually paint I’m having second thoughts. I found out the colors that were used on the green house. When I looked them up, I started thinking I wanted something a little bit darker. Brad thinks lighter is better. So, we looked at our Sherwin Williams colors and decided that SW7726 Lemon Verbena was a good compromise. However, because I’m terrified of painting the entire house a color and then hating it, I decided to get a couple different colors to make sure they looked good. So yesterday, I picked up a same of the Lemon Verbena and also one of SW7729 Edamame (which Brad thought was too dark from the swatch). 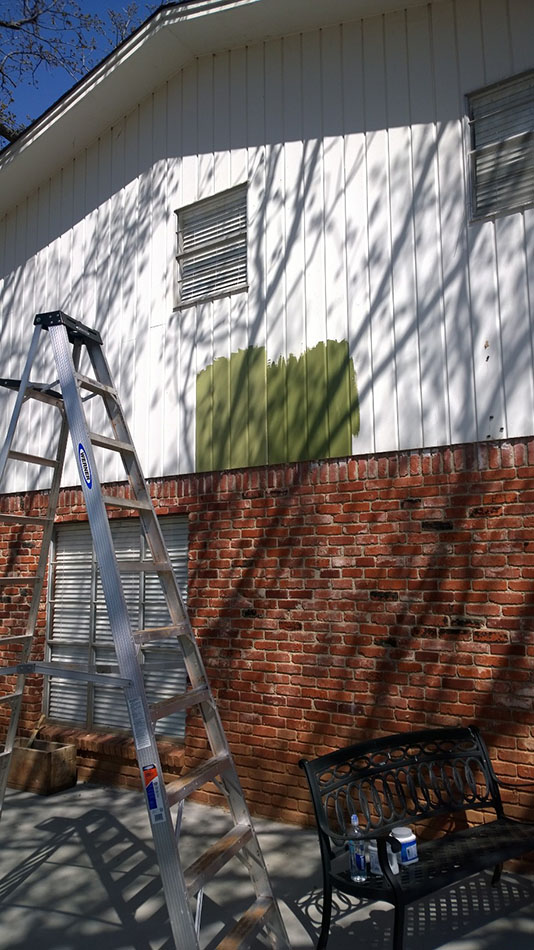 The problem is, that I didn’t just love either one of those once I got them up. So, back to the paint store I went. This time, I decided to get one of the original colors from the green house as well as a dark green color that had a bit more blue in it, SW6179 Artichoke.

Here’s the thing though…I started thinking that I might want blue instead of green. See, I have issues. I found this super cute blue house in the same neighborhood as the green house. I have no idea what color it is but I just think it looks awesome! 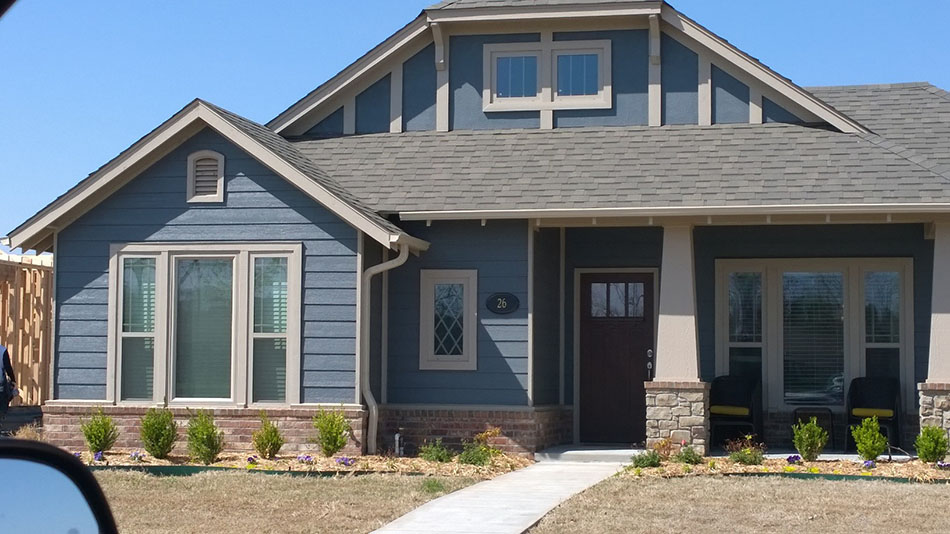 I tried to find a blue that might be similar but Sadie was with me and thought the sample I chose was too dark and convinced me to go with SW6515 Leisure Blue.

Um, also, on the way to the paint store the second time I drove through campus and we found a house that has brick very similar to ours and was painted a really pretty blue on the siding. I may or may not have gotten out of the car and held my sample swatch up to the house and found that SW7611 Tranquil Aqua was a perfect match.

Once we returned from the paint store, I got busy painting the four new samples. You know that one green that I went back for? Well, they goofed and gave me a creamy yellow instead. Because I couldn’t bear the thought of going back again, I went ahead and tried that out just to see what it looked like.

So here’s what we have. From left to right: Lemon Verbena, Edamame, Artichoke, Leisure Blue, Tranquil Aqua and Creamy Crescent.

I’m fighting the urge to head back to the store and grab another couple of paint samples. We’re torn here on Black Oak. Brad doesn’t love any of them. He’s back to, “What about a nice tan. Or just white. White is good.” I want something different, because that’s how I roll. I have a couple faves here and so do the girls but none of us are sure we all like the same thing. It’s like trying to decide where to eat after church on Sunday. Everyone wants something different.

The painters will be here on Monday. I’m scared. Someone hold me.

Hey!! Skip the green. We did green at our house in Edmond and I got real bored real quick. I like the bright blue but I’d lighten it just a bit so it’s not quite so “in your face”!! Otherwise I think you’ll LOVE it!! Good luck!! I remember trying to pick colors and it’s NO FUN!!!